Sir Bill Cash, MP for Stone officially cut the ribbon on a giant machine tool as part of an investment of over £1million by the car parts manufacturing company Klarius. 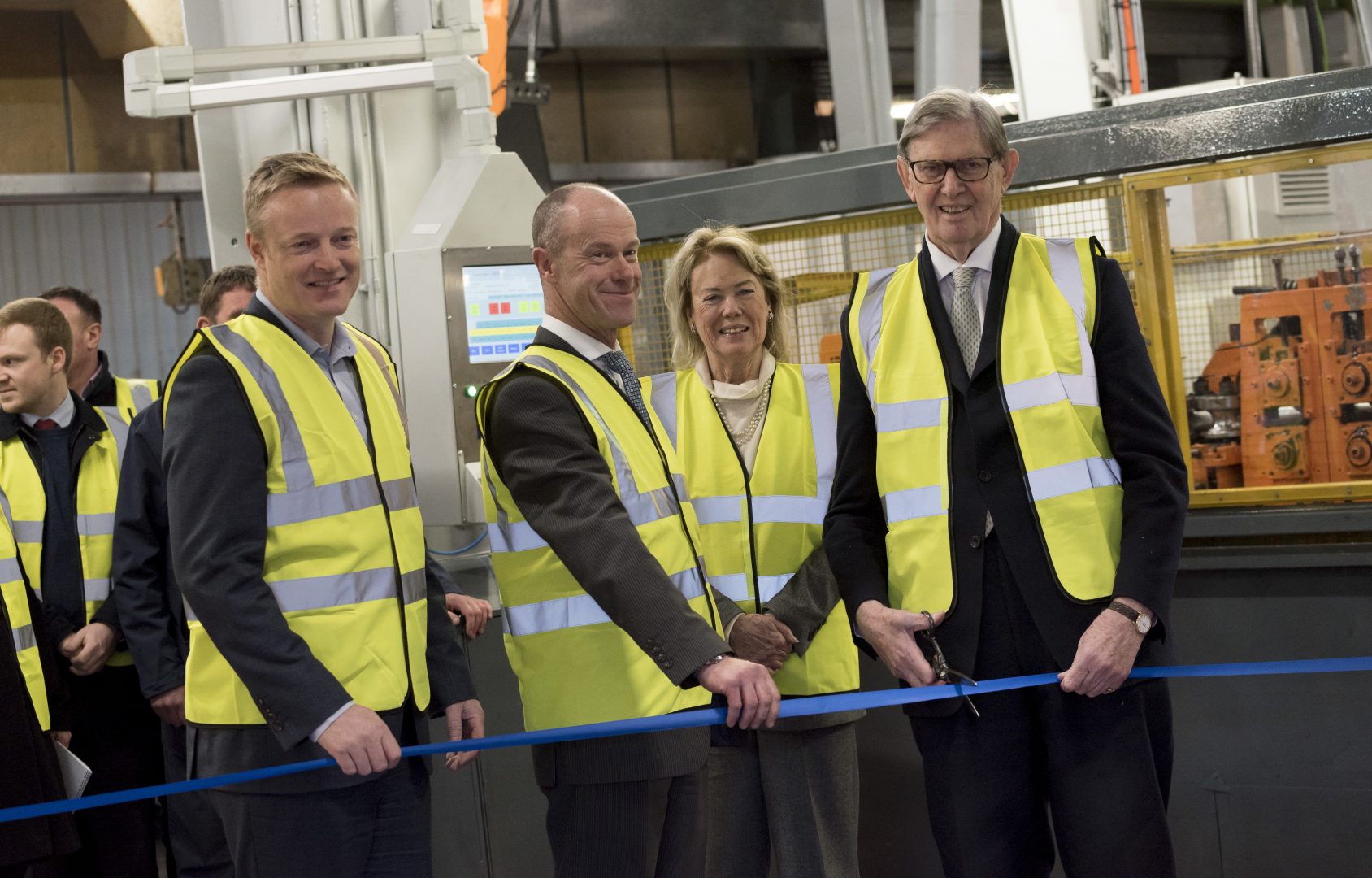 The Stoke-on-Trent based company currently employs close to 300 people and has been investing heavily at the 11acre site for several years. The largest part of the investment made in R&D, manufacturing and warehousing during the last 12 months is the number two Vector Pipe Line (VPL) machine, which stands three stories high and turns aluminised steel strip into corrosion resistant pipe that is used for the manufacture of exhaust systems.

The official ribbon-cut was made on the newly refurbished VPL machine by local MP Sir Bill cash, who then pressed the button to start the machine. Speaking to the workforce from a stage in the main warehouse, Sir Bill commended them on their efforts to build a competitive business that not only produced quality products, but also drove exports by making them in a highly efficient way.

Paul Hannah, Business Development Director spoke on behalf of the management team and thanked all personnel for their hard work. It was also clear that by investing in its own machine tool manufacture and refurbishment business, Klarius as a group was retaining skills and creating growth within the UK.

Other recent investments that were seen during the visit included a new van fleet for dedicated nationwide next-morning deliveries and a brand-new manufacturing line producing automotive service aerosols and fluids. Klarius’ investment has been generated by the group from positive trading results, which the management team attributes to lean working practises and a dedicated focus on the three main tenets of the business plan, to provide market leading Quality, Range and Availability.